Difference between revisions of "Roof Support"

The need for radiation shielding for lunar settlement occupants means that there will be significant mass on the roof of all buildings used for long term occupancy. Much of the electronic equipment will need shielding too. This shielding could be in the form of lunar regolith as suggested in Architecture as Mole Hills and Architecture as Tent City or material brought from Earth, but it must be provided.

Also, if your massive roof falls in on you, you will be in real trouble.

But, spacesuits must be at low pressure for the joints to work with acceptable amounts of efforts. For the body to accommodate from normal air pressure to low spacesuit pressure can talk as long as three hours.

And, of course, if the pressure is low enough, your blood boils and you die. 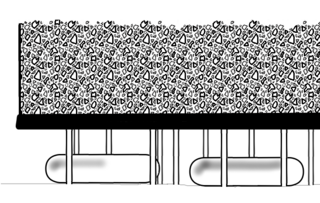