Difference between revisions of "Types of Robots" 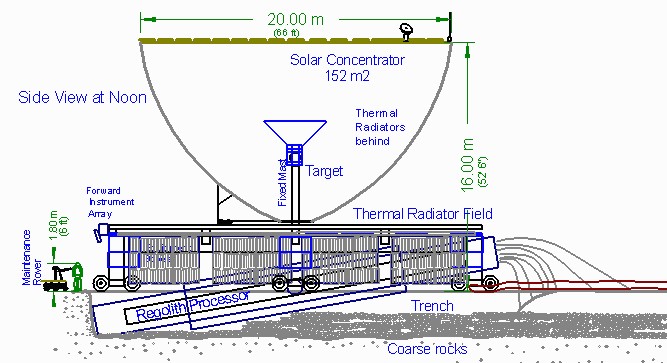 What types of Robots will be used by lunar settlers?

A fully functioning lunar settlement will require a great many types of robots. Here are a few ideas.

This list is based on the mining settlement described in Harrison Schmitt's book, "Return to the Moon". It is also intended for use in developing robot characters in stories about lunar settlements.

The robots can be classified into different groups.

Robots for use outside of the human habitats must have many features to survive and work in the Moon's harsh environment.

Some robots live with people (where the living is easy) and clean house.

Avatars are virtual beings existing only within the computer systems.

Most robots will have specific jobs:

All the great machines must be robots in themselves.

It may be called "Sandbagger" after a type of Cold War spy.

Not all the characters on the Moon will be mechanical. See People on the Moon.