Life support parameters are the rules to ensure Human viability. Lunar Medicine is not something real yet. The BASIC Life Support Parameters in this case represent the payload of a rocket and are measured in kilograms of supplies per day. They are subdivided into human needs, and human waste. Calculating the number of minimal kilograms of supplies required for each day per person is critical to the Lunar Settlement and would establish limitations to the number of people inside. Until the ISRU technology is available the lunar settlement would depend on imports from Earth.[1] However, if a robot lunar colony is first established and used to put in place the industrial means of recycling resources and deriving them from local lunar material, the later human settlement need never be dependent upon repeated imports of basic expendables.

Supplies per day can refer to amounts to be resuplied or recycled. The numbers were calculated for the MIR and utilized in the ISS. The most difficult issue of a lunar settlement is the cost of the payload, which is nearly US$10,000 for every kilogram sent to space. [2]]

The table below [3]shows that every person needs a load of 11.09941 kg and a recyclable 12.47379 kg of water per day. Multiplying this number by 30 days, there would be 332.9823 kg of supplies per person per month. and 374.2137 kg of water, saying that the water is recycled once a month. This second number can be reduced if the settlement has a very efficient water recycling process. 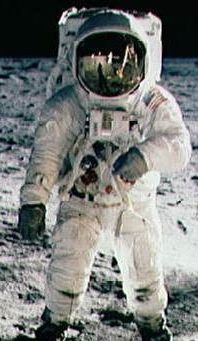