From Lunarpedia
(Redirected from Solar power)
Jump to: navigation, search

During the local summer at the poles, the Sun simply circles the sky very near the horizon. Occasionally, it may be blocked by mountain tops or local installations such as other power collectors. During the dark local winter at the poles, a sunlit region is never more than 30 miles away and those special sunlit mountain tops are much closer.

The main problem with solar power is that Photovoltaic conversion efficiency is only about 15-20% efficient (for lower-cost single junction cell technologies), and 25-30% efficient (for higher-priced multijunction PV cells). While on a power per unit mass (specific power) basis, photovoltaic cells are one of the lowest-mass power supplies available, PV cells are nevertheless rather heavy to ship from Earth and to soft land on Luna is very expensive.

Until ISRU manufacturing is online, Solar Power Satellites (SPS) represent a more economic means of supplying large scale base load power on the Moon in the early days.

Hence space based solar power is attractive, where the PV (or SD) array remains in orbit, and a rectenna or receiver is soft landed on to the surface of the Moon. 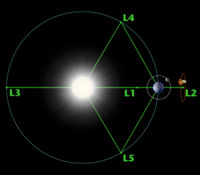 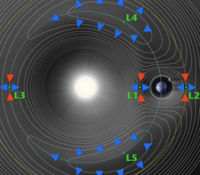