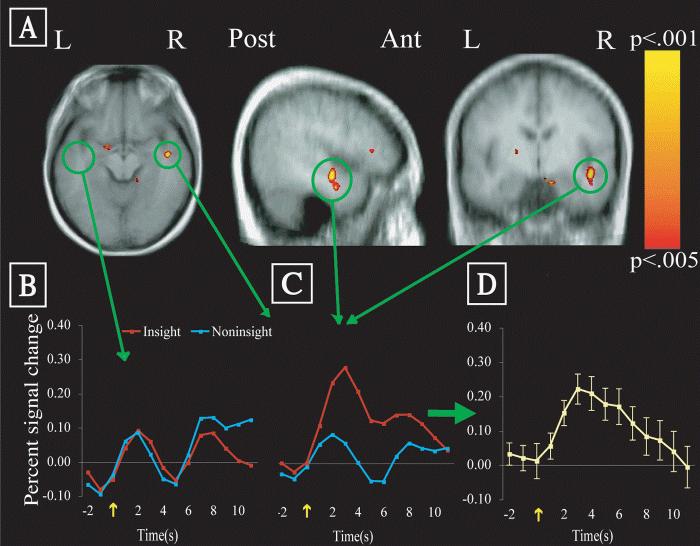 To get large community of people to support our great endeavor of returning to the Moon, we will need to understand the way people think.

A Hard Science of Human Behavior

The many technical people in our community would much prefer that our actions be based as much as humanly possible on hard science. The lousy-goosy foundations for most schools of management leave us with a very queasy feeling.

Oddly enough, the great strides made in recent decades in understanding the human brain are starting to offer the possibility of managing humans based on hard science.

Module in the Brain

The new understanding that offers this promise is Modular Brain Theory. In this theory the human brain is modeled as a large collection of small modules that evolved to do specific functions. Modern instruments, like Functional Magnetic Resonance Imaging (fMRI), now make it practical to identify many of these modules with specific brain tissue.

In January 2007, one of these modules was pinned down that makes a good example. This module generates addition to nicotine. Specifically it generates the withdrawal craving. A two-pack-a-day addict who has a stroke destroying this bit of brain tissue not bigger than a crumpled postage stamp will be instantly cured.

Other identified modules provide such functions as:

Of the hundreds of such modules in the human brain, perhaps 50 have been specifically identified. The total could easily exceed one thousand.

All the brain modules have a few common properties that help us to propose new candidates and then track them down.

When you solve a difficult problem you often get a great feeling of eurphoria and accomplishment, sometimes called the Eureka experience. The specific brain modules that generate this experience was identified at Northwestern University in 2004:

The key Eureka fMRI scan is shown at the top of this article.

Technical people love this experience and it will be one of our main drivers in returning to the Moon.

Another good example of a pair of useful modules is the Mirror Neurons. If you are watching someone do something these modules run the mirror image of the actions you are watching in your brain. They are literally practicing the act right up to the point that you move your muscles.

This is clearly important for a species that is dependent on teaching its young most of what they need to survive. This module was first discovered in primates, where it was called Monkey-see-Monkey-do. Its mirror imaging function was later discovered in humans and gave it its present name. Only later was it found how important these modules are to learning.

But what does this have to do with building a return to the Moon community?

We will need to generate buy-in in massive numbers of people to achieve our goal. The module responsible for buy-in, (see Buy-In Explained) has not yet been positively identified, but function has so many of the attributes of a brain module, like Eureka above, that it is likely to be driven by one. If we make that assumption then we can assume and use the following characteristics of buy-in:

From these characteristics we can see that we must invite people to buy-into our back to the Moon idea, and we can tell them exactly what we are doing. We must also provide language input to this module while they use the visual center of the brain to envision success. Clearly buy-in had major evolutionary advantage in making group projects at the village level much more effective.

We can make use of this information. The time is right for the application of latest brain science to the solution of the great problems of human kind.

Hardware/Software Model of the Human Brain

This argument is extended to a hardware/software model of the human brain by adding ideas from Meme Theory.

There are a lot more ideas on the Purposes List.